There are books you read and if you hear people discuss or review them, your contribution is minor. The reason being they did not impact your life in a great way. Then there are those you read, put down, read some more, take notes and years later, they are as fresh as they were the first time you read them. These are books that change your outlook on life. Below I have outlined books that I would recommend to you, dear ardent potentash.com reader.

The Art of War – Sun Tzu 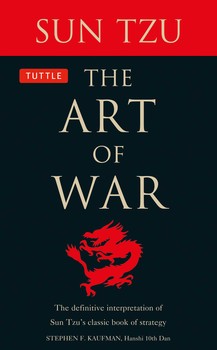 This is a classical text written in the 6th Century B.C but one that remains applicable some 2,500 years later. Although the book is laden with military literature, it has been used by people in the fields of sports, business, and politics among others. Reading through it, you will draw lessons on how to tackle somewhat challenging situations. When I got my hands on it, I was almost certain that I was going to read it from cover to cover in one sitting because it is relatively short. It however took me longer as I had to take in the profound lessons given therein. My favourite part has to be where Sun Tzu talks about knowing yourself and knowing your enemy.

In a nutshell, you have to understand competition. To know your opponents before you go out on the ‘battlefield’. Leaders or business executives can read the book and use the lessons to motivate the people under them.

There’s no Paulo Coelho’s book that I have come across that left me the same way I was before reading it. From ‘The Pilgrimage’  to ‘Eleven Minutes’ among others, I find all his books rich in anecdotes and lessons that resonate well with people. I bet you agree with me on this. After leafing through three of Paulo’s best sellers, my favourite has to be ‘The Alchemist’.

This book gives the story of Santiago, a shepherd boy who left his Andalusia home in Spain with the plan of travelling the world in search of a treasure. On his journey, he meets an old woman who hints that his dream is prophetic. He then meets an old man (King of Salem) who, mysteriously, can read his mind and tells him of the good and bad omens. He urges him to follow them. At some point, he loses money and has to find a way of making some to be able to return to his home. The book also gives an account of how Santiago found love in Fatima.

This modern classic text is not a mere account of a shepherd boy who experienced life in a great way but it contains insightful lessons that we can apply in life. It is a story of faith, hope and the need to remain positive even in the height of frustrations. Reading keenly, the book has the effect of rustling the reader from their comfort zones and spurring them into action. A book I regard as my second Bible. I have read it countless times and every time I get a fresh outlook on life. The lessons always hold true in different circumstances I am in. Published over 75 years ago, Think and Grow Rich is a product of interviews and studies done on some of the world’s most successful people such as Henry Ford and Thomas Edison. The best seller easily passes as a self-help cum motivational book as it gives 13 lessons on how to achieve success. Initially tailored for business executives, the book’s readership has spilt over to the common man regardless of their level of education or background. It talks much a lot of financial success and anyone willing to hit this milestone, this is the book for you.

It would be great to read this book (if you haven’t already) around this time when the craze to be seen as successful and famous is high. Countless people on social media will pose as living the ideal life while in real life it’s not the case. Gladwell passes simple lessons in a great way in this book that is about people who achieve unprecedented success yet there are others who never make it in life. He writes in a way that seeks to explain why people spend too much time studying successful and what they are like as opposed to where they are from.

What you are likely to take from the book are the lessons on superficial success. He argues that success does not just appear but it is a result of many hours of practice. He delves deeper into the topic and talks of factors that could explain why some people are more successful than others. Birth dates could not be seen to influence anything in terms of a person’s success but he cites the example of successful hockey players and the January 1 date. The environment in which one grows and the opportunity that arises in their lifetime could determine success.  Reading this book you will appreciate that there is more to do to become successful than just sit and weigh your success against others.

Feel the Fear and Do It Anyway – Susan Jeffers

Fear paralyzes people and makes it hard for them to realize what they set out to do. While most people have read about fear in the good book (Bible), Susan Jeffers 12-chapter book gives practical examples and anecdotes on why we should not let fear stop us. If you train your mind to accept fear, then it will become a barrier to your success while it is merely a fact of life. This is a book that you can read in one sitting but then you will need a pen and paper to note down some of the ‘intense’ one-liners littered throughout the pages.

It is obvious to see why this book easily passes as many people’s favourite. The book addresses one of the crucial issues in human being’s life-CHANGE. Published in 1998, the book contains lessons that hold true to date. It revolves around two mice-Sniff and Scurry, two little people-Hem and Haw and hidden Cheese in a maze. The characters move around the maze looking for the cheese then by luck or design, they find some huge amount of cheese at a cheese station. It is so big they think it will never run out any time soon. Unexpectedly, the cheese vanishes from the station following a gradual decrease that they could not see.

Cheese in the book is used metaphorically for the important things in our lives while its disappearance signifies change. Whether we are prepared for it or not, change will happen either in our lives or our businesses. The book is relevant as a personal or professional guide for embracing, adapting to, monitoring and enjoying the change. The change will make you uncomfortable but you will hack it with the right attitude. This is a must-read for everyone.

Approximately 26 years since it was published, this book continues to serve as a manual for bettering people in personal and professional settings. Steve R. Covey did not just draw some step-by-step guide to being better but a relevant approach to dealing with challenges encountered at the workplace or in people’s lives. He talks about the importance of having a shift of perception and interpretation of life so that people can take advantage of the opportunities that change brings.

The lessons are easily written and elaborated but still, many people find it a bit tricky to follow them religiously. Integrating the seven habits of highly effective people will result in coexisting in honesty, fairness, integrity and value for human dignity. Reading the book, you will learn how to be proactive, begin with the end in mind, put first things first, think win-win, seek to understand then be understood, synergize then sharpen the saw.

This is one of the books I have read that has arguably the most contrasting reviews. While some will talk about the bad taste that lingers on after reading it, others heap praises on how much it has helped them in life. The main reason why the book’s advice is often misconstrued could be how it is presented. As opposed to writing the title as 48 ways you can achieve success, the author decides to make the book as thought-provoking as possible and calls it the 48 laws of power. More often than not, laws do not augur well with carefree people who hate to be boxed.

This could explain why some regard it as downright evil and profoundly flawed. Applying all the laws outlined there will make you come off as malicious and conniving. On the other hand, you cannot afford to ignore the laws. It advises against outshining the master, stepping into a great man’s shoes and appearing too perfect but it also urges people to say less than necessary, to assume formlessness and to recreate oneself among other laws. Choose what laws to apply but learn them all so you are not ambushed by people who want to use them on you.

The art of seduction – Robert Greene Robert Greene clearly does not shy away from controversy. After writing 48 Laws of Power which attracted sharp contrasts in reviews, Greene went back and came out with a ‘manipulation guide’ on some cleverly outlined strategies you can apply to make people do what you want. The book is written in seductive language throughout portraying characters such as the rake, the ideal lover, the charmer, the star, the coquette, the dandy, the natural, the charismatic and the anti-seducer.

Many people will dismiss this book on moral grounds seeing that the lessons therein may seem highly predatory. It gives ‘tips’ on how you can manipulate people to get what you want.

Seduction is a very social game of getting outside of yourself and listening to other people. It’s about absorbing their energy and getting inside their world. We live in times where people are just so damn self-absorbed that they’re not able to muster up the energy to look away from their smartphone and their own problems to look inside another person. Book Review: The Art Of Seduction By Robert Greene

If you haven’t read any of the above books and are wondering what to read once you are through your current read, then seek no further.
13 Books Women Recommend To Other Women Who Want To Get Ahead In Their Careers And Businesses
Facebook Comments